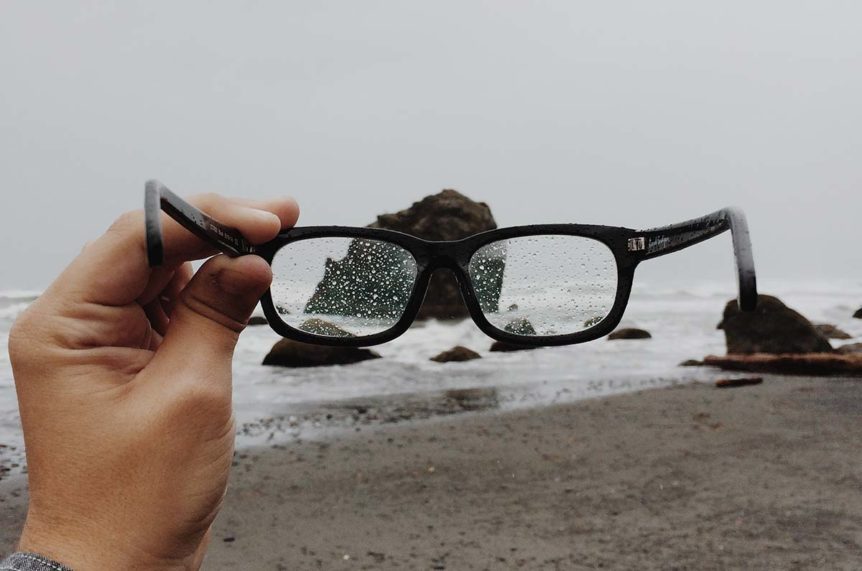 Newton’s law states: For every action there is an opposite and equal reaction.

We can easily accept that this applies to objects in physics.  We have a hard time believing that this applies to us, especially in other realms besides the physical (e.g. Emotional, mental, relational, and spiritual).  However, I hope that what has been lost will quickly be found.

Oh, we know that it applies in situations like: we touch something hot and it burns; we get older and things start to hurt; we eat too much and gain weight; we work too hard and get tired.  However, we don’t always transfer this law over to other realms: we don’t resolve fights or arguments and become bitter; we don’t spend quality time with others and grow apart; we focus too much on our job and family relationships decline; we were abused and struggle with anger; we were hurt by the church and so we no longer go.

I could go on and on, but you get the point.  Actions, decisions, and behaviors have consequences.  Newton’s law does apply to you and me!  But way before Newton this was documented.  In the bible, it states: “God will not be mocked; a man reaps what he sows.”

People show up in the counseling office for a reason.  It is because behaviors (actions) over time have continued to reveal consequences (reactions) to the point of pain.  Some try to numb the pain, but that only causes a different reaction (e.g. addictions, withdrawal, isolation, medications with side effects, divorce, bitterness, etc.)

Pain hurts, but is most helpful.  Why?  Because when we feel pain it rightly tells us that something is wrong.  (My hand is burning because it’s on a hot stove; my head hurts because I drank too much; my heart hurts because it’s been broken.)

Let’s focus on the last one: My heart hurts because it’s been broken.  This kind of pain is often worse than physical pain.  In fact, it can actually manifest itself as physical pain many times.  If you’ve been there, you know how much this hurts, and it hurts for a reason.  The reason is something was wrong and you are now dealing with the reactions (consequences) of what went wrong.  (I know this isn’t rocket science, but believe me…many people do not get this and that is why I stay so busy.  Please read on and take this to heart.  I would be blessed to be worked out of a job.)

People do not understand that their actions have consequences.  For example:

The Jones family started off with Mr. and Mrs. Jones being madly in love over ten years ago.  They were good to each other at the beginning like most couples but soon some things began to get on each others’ nerves.  They swept it under the rug and tried to just forgive and forget.  So they went on with their lives, and pretty soon they notice that they aren’t quite as in love as they used to be.

Now, they have kids, so they pretend everything is ok.  Things aren’t terrible, but they aren’t great.  They focus primarily on the kids. They talk only about the kids, work, finances, and other life issues.  As the kids grow older, their schedules become more demanding.  Now the Jones family runs around like a chicken with its head cut off trying to please each of their children and just make it through each week.  Lo and behold, the children grow up to be quite selfish, after all, their entire childhood has been all about them, so what would one expect?

Now, everyone is grown up and out of the house.  Dad and mom turn to each other to finally take a breath, but look at each other with eyes of bewilderment, as they no longer know who the other is.  The adult children begin to start families of their own and repeat the cycle.  Don’t worry though.  They all get together for Christmas and Thanksgiving and talk about their jobs or the weather is always a good backup conversation.

DON’T LET THIS BE YOUR FAMILY.  MAKE POSITIVE CHANGES TODAY!

Do you not think there will be some serious consequences from these actions?  Here are a few probabilities:

We do not have to be like this.  If you believe actions have reactions, as Newton did, then begin today by making changes (positive actions) such as being selflessly loving to your spouse and children.  Also, you may begin by humbly apologizing for past mistakes and committing to new habits and behaviors that build others up.  Try communicating on deeper levels like the emotional and spiritual realms.

The best thing about Newton’s law is that it also applies to the good!